THE STORM AND THE CHALLENGE

In early 1999, Norwegian Cruise Lines announced that they were terminating all theme cruise programs, including the Floating Jazz Festival. NCL’s actions were not isolated. Cruise lines were dropping these programs industrywide. Though many of them were very popular, they were not particularly profitable. Even the programs that were sold out were engulfed by the cost of maintaining an overhead that was specific to each program. Perhaps if there were multiple sailings of each theme cruise, it could have made sense, but amortizing the executive salaries of those hired to oversee and produce the theme cruise programs over only two weeks of cruises could not sustain itself. 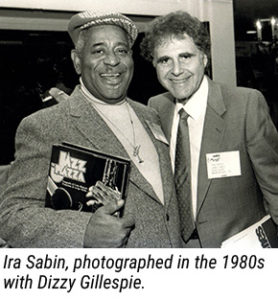 The news came to the Big 4 (the consortium of Joe Segal, the group from England, the Arkansas-based travel agent and Anita E. Berry’s Traveline Group) as a devastating blow. Overnight, they went from having a thriving business that provided them with income as well as great enjoyment to having nothing. There were some phone calls exchanged and it was decided that a meeting would be necessary to try to sort out their options. Though 1999 was not that long ago, Zoom was not invented as yet, so a face-to-face meeting would be necessary. Ira Sabin, the venerable founder of JazzTimes magazine, volunteered his offices in Silver Spring, Maryland, as the site for conclave.

Though I am not sure how the others prepared for this meeting, I am keenly aware of what Anita was doing. From the time that she became involved with the Floating Jazz Festival, she was convinced that the cruise should be presented as a full-ship charter, an entire ship dedicated to jazz. She disliked sharing the venues with non-jazz passengers and having to schedule events around the regular activities of a cruise. She envisioned all the amazing events and shows that could be presented if there was no obligation to provide venues and times for customary cruise entertainment. Anita contacted Micky Arison, the leader of Carnival Cruises, whom she met while staying at Canyon Ranch the year before. She asked about chartering a ship and what that would cost.

Armed with that information, Anita headed to meet the other members of the Big 4 to discuss her idea. Anita presented a plan by which the group would combine forces, charter a ship and usher in a new era of jazz cruises as a full-ship charter. To say that the response was unexpected is an understatement. Not only did the group immediately dismiss the idea as being too risky, they — primarily Joe — chastised and teased Anita as to her naivete and lack of business reality. Instead, they wanted to present the Floating Jazz Festival, as a group program, to other cruise lines. The only tangible result of the meeting for Anita was their blessing to, as they so kindly put it, “lose as much money as you want doing a charter.” They would not make any claims against her for doing it.

Probably the best way to cause Anita to do something was to tell her that she could not do it. Loaded for bear, Anita plunged headlong into making her idea a reality. First things first. She registered the name “The Jazz Cruise.” Regardless of what they were calling the prior cruise, everyone referred to it as “the jazz cruise,” so why not use that name. Next, she convinced her friend Cherrie Scheets to be the Music Director. Cherrie was then doing the same job for the Elkhart Jazz Festival and, as a former singer herself, she was well known among a core of jazz players.

Retrofitting her travel agency, Traveline, to handle the reservations and travel requirements for a charter cruise was next. Anita’s sister, a trained bookkeeper and controller, handled the books. Knowing now what it takes to produce a cruise, I am in awe of what Traveline and its small staff accomplished. As a Churchill devotee, here is clearly a case where “never was so much owed by so many to so few.” Traveline took on the feel and look of a war room.

That war was fought on several fronts. Securing the ship, in this case Holland America’s m/s Maasdam (Holland America was part of the Carnival oligopoly of ships), and the talent were the first concerns. The Arison connection proved advantageous allowing Anita to secure a ship with a favorable payment schedule, if not a favorable rate. Houston Person and Eddie Higgins worked hard to cement relations with the musicians and secure their participation for the first sailing, which would be in the Fall of 2001 (remember that fact…it will play a large role in the lore of The Jazz Cruise). They did a great job. The lineup pales in comparison to today’s lineups in terms of numbers, but it holds up very well in terms of talent.

But the big question was whether this project was a “Field of Dreams” or a “Party for Two.” Anita built it, but would the fans come?! Using a mimeograph machine, Anita churned out 2,000 single sheet flyers that she mailed to her followers and to some folks that JazzTimes provided. By this time, Ira Sabin had joined forces with Anita to promote the cruise. The flyers went out in February 2001 and, as you can see by the ad running alongside this story (published in JazzTimes in 2001), by the end of April of that year, the entire ship was reserved!

If you read the ad closely, you will see at least three tag lines… “first full-ship charter,” “All Jazz, All the Time” and the very classy and sophisticated “A Ship Load of Jazz.” Yes, I wrote them all. Like I said, we were in a learning mode!

Anita had done it, but as the parable about the dog chasing the car goes, now that you have caught the car, what are you going to do with it?